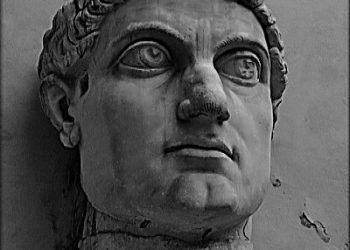 The origin of Roman sculpture is found in Greek sculpture, both by direct contact (in Greece itself and in the colonies of Magna Graecia), and indirectly through the Etruscan influence. Although this sculpture has sometimes been seen as a copy of the Greek, Roman sculpture knew how to develop its own style and motifs, becoming an original discipline. Roman sculpture developed between the 6th century BC. and V AD, being the most used materials bronze and marble.
The most prominent genre was the portrait, both full-length and busts, which, unlike idealized Greek sculpture, sought to copy the real features of the represented. Also noteworthy is the Roman contribution in the historical relief that was used as decoration of buildings, triumphal arches or commemorative columns.
The two fundamental periods of Roman sculpture are the Republican Period (509 BC: - 27 BC) and the Imperial Period (27 BC - 476), each with its own characteristics. This sculpture was the work of anonymous artists since in those times the profession of sculptor was not considered that of an artist but that of a worker.